WHERE THE VALDOBBIADENE DOCG
IS SUPERIOR

So, the territory, if seen from above, is configured as an immense amphitheater.

The geology and deep stratifications of the soil, a reminder of ancient now missing seas, are what makes the wines produced in it “gentle”.

The Treviso Pedemontana and in particular the hills that extend from Valdobbiadene towards Conegliano, have shown nobility and vocation for the cultivation of the vine for centuries.

The first written quotation linking Prosecco to this territory dates back to 1772.

Most are hills that emerged in the tertiary era, formed by clay casts with yellow-blue marne and cineree and cerulean sandstones.

The physical and chemical composition of these soils is among the most suitable to transmit character and aromas to the grapes.

All associated, because of the nearby mountain, with a high day to night thermal excursion.

The very particular position, between the sea and the Prealps, ensures a temperate climate with an annual average of 12.3 ° C and constant ventilation; this allows the grapes to dry quickly after the rains. 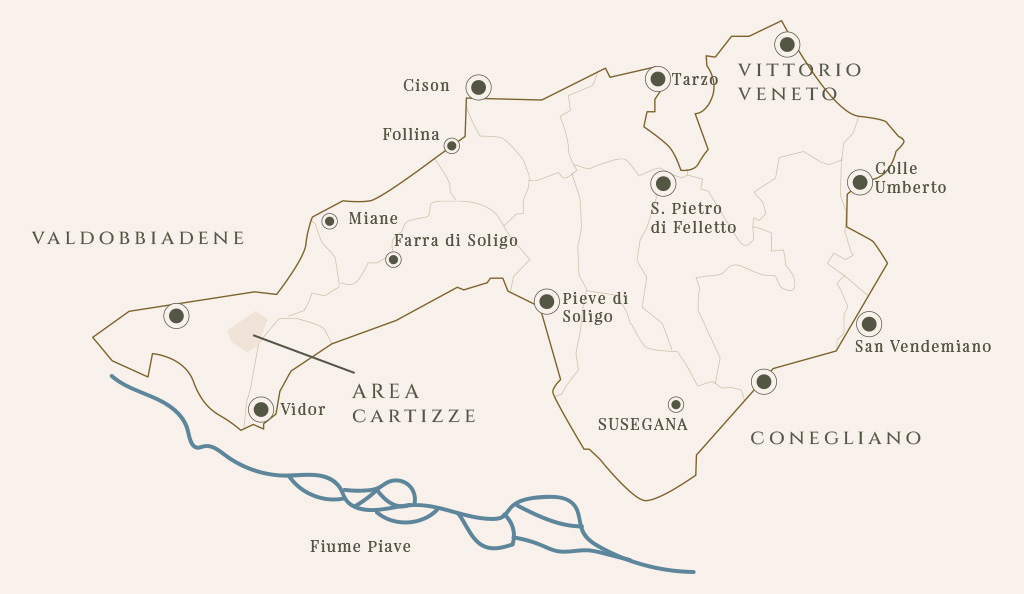 The production area of Valdobbiadene Prosecco Superiore covers 15 municipalities in the hilly area.

The vine is cultivated at altitudes between 50 and 500 meters above sea level, the hectares of vineyards cultivated are about 8,000 with an average annual production that is around 960 thousand quintals of grapes.

Within this area, in the territory of S. Pietro di Barbozza, Santo Stefano and Saccol, in the municipality of Valdobbiadene, there is a micro area of 107 selected hectares from which the Valdobbiadene Superiore di Cartizze is produced.

The multiple chemical and physical peculiarities of the soils, the exposures, slopes, altimetry and microclimates, determine the differences that characterize the various Valdobbiadene DOCG cultivated in this territory. The hilly part consists of parallel chains of hills that extend east to west, between the Piave River to the west, the Meschio River and the Crevada stream to the east and divided into two districts by the Soligo River. The western district is called the Mandamento di Valdobbiadene and consists of the hills of Valdobbiadene, Combai, Miane, Farra di Soligo, Soligo, Col S. Martino and Vidor. The eastern district is called Mandamento di Conegliano and consists of the hills of Conegliano, Carpesica, Ogliano, Feletto, Refrontolo, Susegana, Solighetto and Pieve di Soligo.

The soils that form these parallel cords of hills, have a different geological origin that includes three eras: 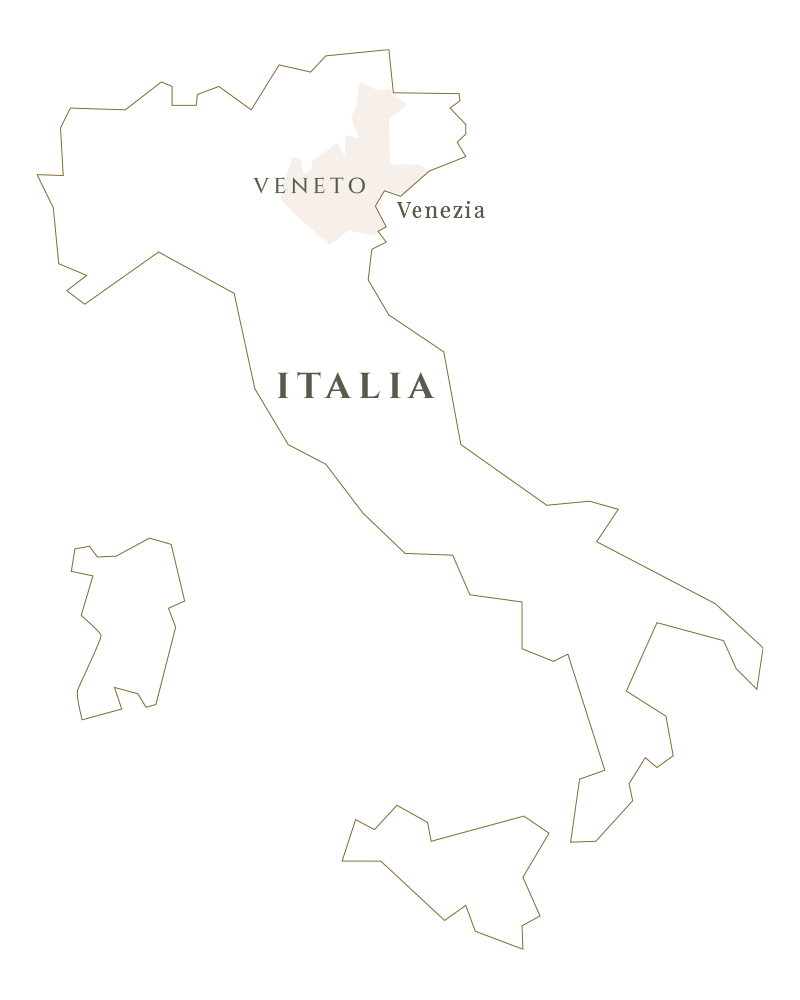 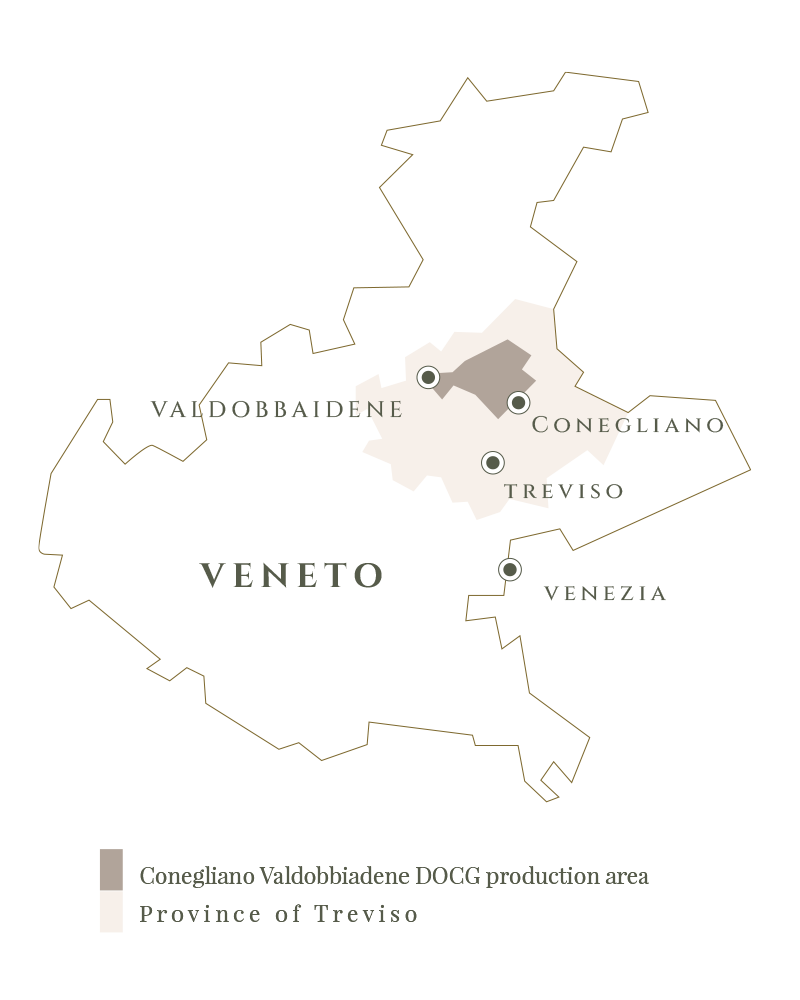