FROM OUR ROOTS TO TODAY

Located in S.Stefano di Valdobbiadene, in the heart of the Prosecco production area of Valdobbiadene and Conegliano, our winery has been producing sparkling wines using the Italian method since 1950. We are a family-run company run by Valeriano Bortolin and his children.

Located in S.Stefano di Valdobbiadene, in the heart of the Prosecco production area of Valdobbiadene and Conegliano, our winery has been producing sparkling wines using the Italian method since 1950.

We are a family-run company run by Valeriano Bortolin and his children.

We like to trace our history back to 1542, the year in which, as we find written in the State Archives of Treviso, a winegrower named Zan Bortolin, resident in S.Stefano di Valdobbiadene, cultivates 17 plots of land, producing 20.5 “conzi” of wine (a conzo corresponds to about 100 liters).

In more recent times, between the First and Second World War, Valeriano Bortolin (namesake of the current owner) participates in exhibitions and competitions in various Italian cities obtaining, thanks to the quality of his wines, medals and diplomas still jealously kept in the company today.

At the time the wines produced were sold locally, in the neighboring cities of Treviso, Padua and Venice, part in demijohns and part in bottles.

From 1950, Valeriano’s heirs began to equip the cellar so that they could obtain sparkling wines with the Martinotti method; the first autoclaves and modern machines for bottling Prosecco are purchased.

Since then, there has been a continuous updating of winemaking methods and equipment, in a search for quality that aims at innovation while remaining faithful to traditions.

Currently the company owns 20 H of vineyards, divided into different plots ranging from the Cartizze area to Valdobbiadene, passing through the municipalities of Farra di Soligo and Follina to get to S.Pietro di Feletto near Conegliano.

To complete the range an Extra Brut, the “Vineyard of the Convent”, the result of a blend of glera and chardonnay and finally a quiet wine from Manzoni Bianco grapes, the “Conz”.

Year in which the name of Zan Bortolin, winegrower of S.Stefano di Valdobbiadene, is recorded on an ancient manuscript of the State Archives of Treviso. 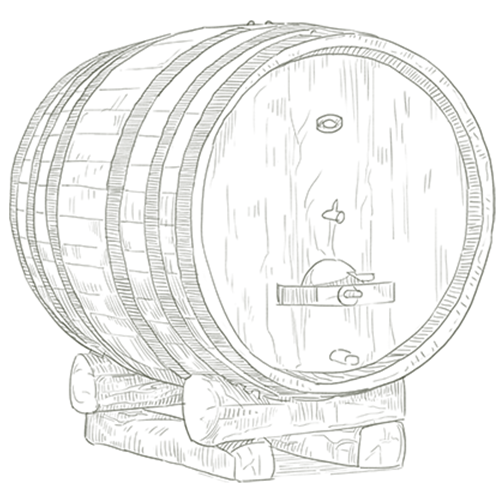 The modern production of Sparkling Wine begins with the Italian Martinotti method.

Brut production begins and Valdobbiadene Prosecco explodes in Italy so much, that the F.lli Bortolin winery becomes a pilgrimage destination for film stars of the time. 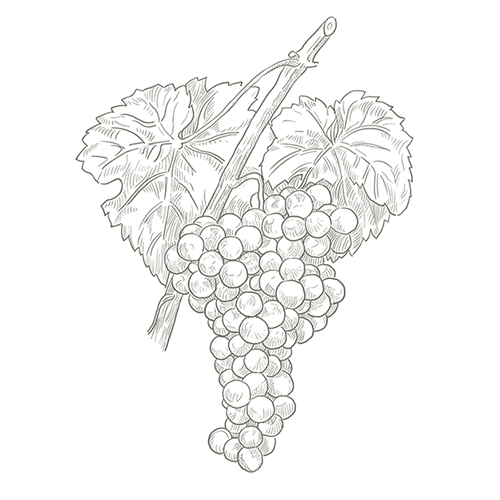 The old tasting room is totally revised, renovated and decorated by a local artist. 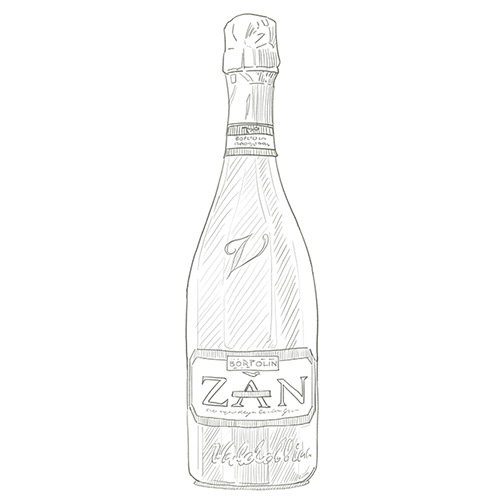 ZAN was born in honor of that Zan Bortolin, wine producer in 1542.